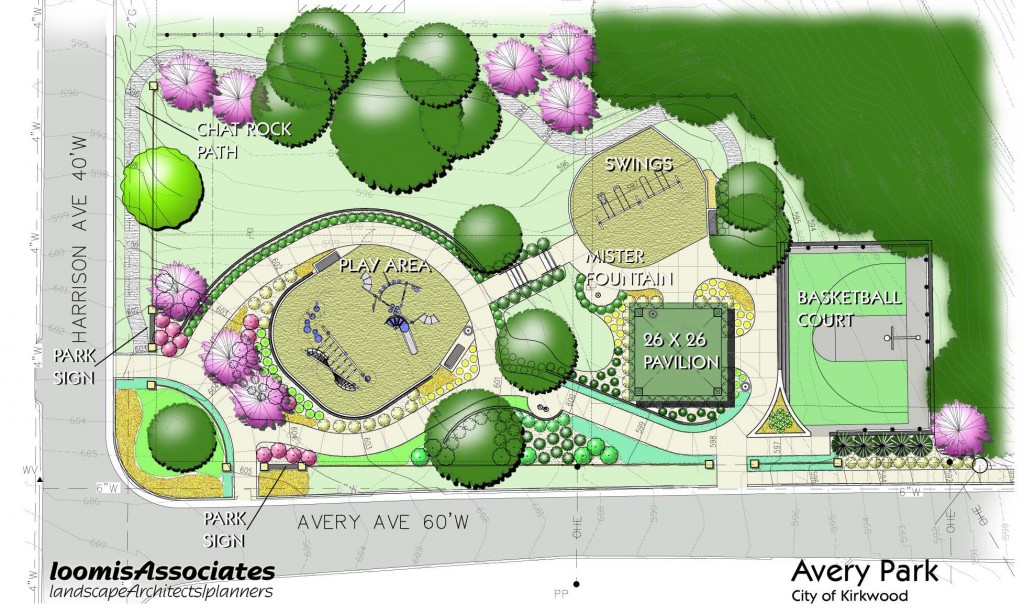 Avery Park sits two homesites in the northwest corner of Kirkwood. The homes were past their prime, so the City purchased the properties in hopes of developing a neighborhood park. Kirkwood underwent a long process with community involvement to develop a conceptual plan for the park. 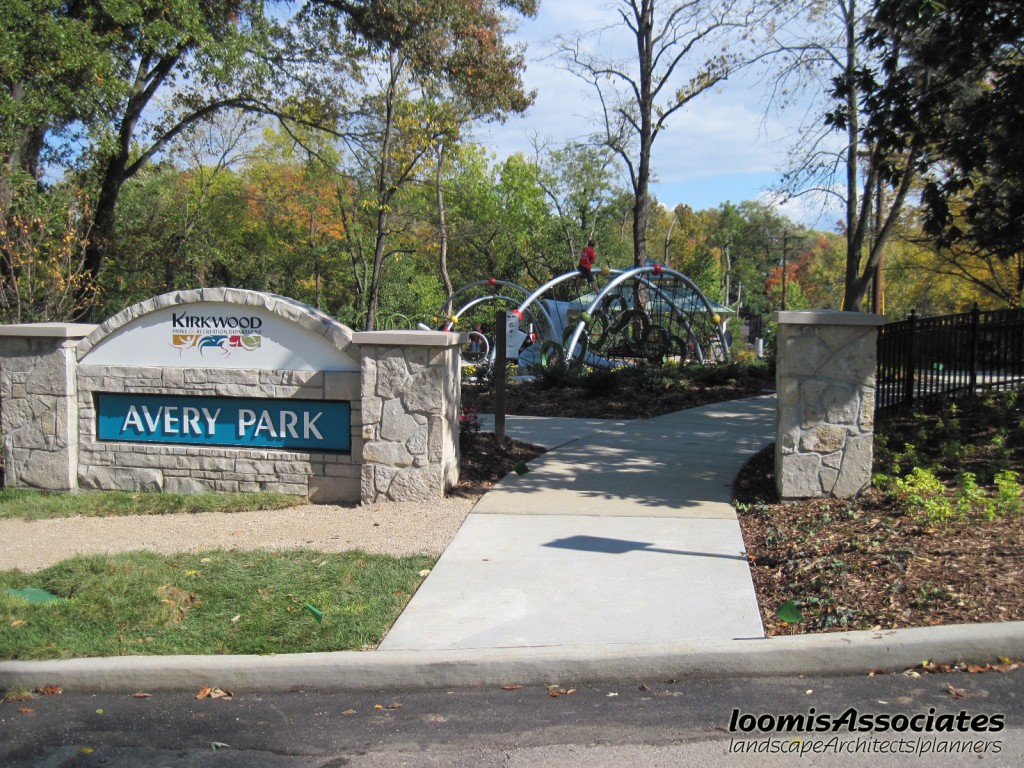 This plan included two play areas, swings, a shelter, a basketball court, and conneting walks and plazas. The city desired that several large trees remain in place and suggested retaining walls to protect root systems. There was also a desire to take a site that sloped at 7% from west to east and develop several walking paths that would meet ADA 5% maximums. 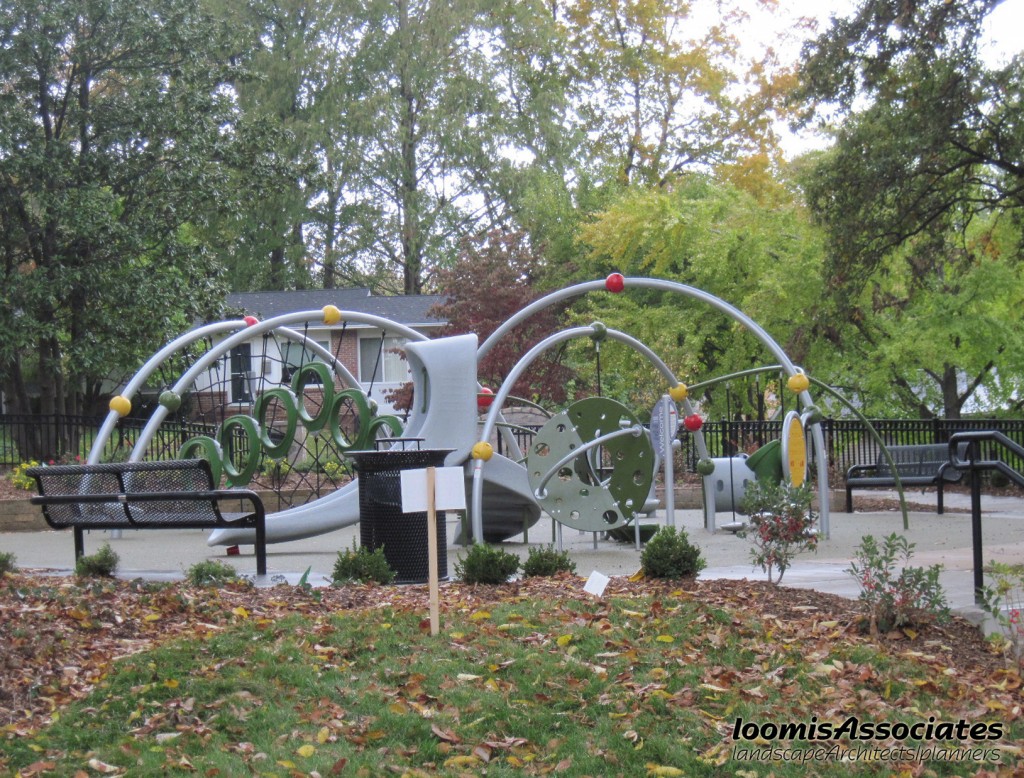 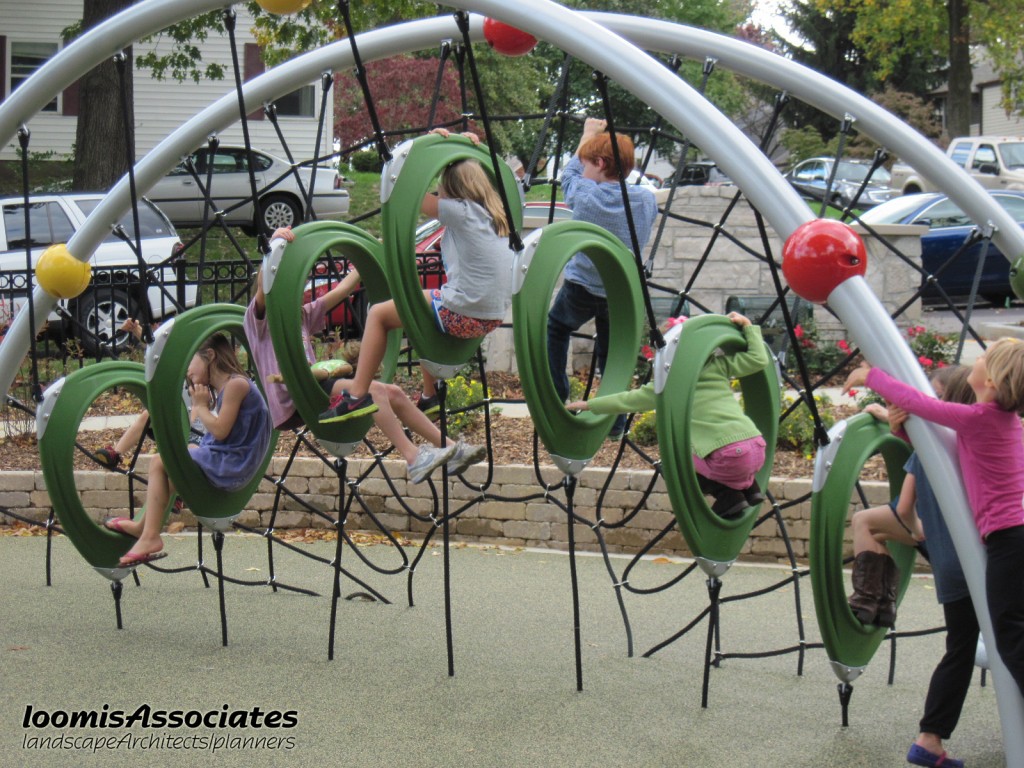 Located in the northwest corner of Kirkwood in an area of the city that had no parks, Avery Park has become a neighborhood destination. 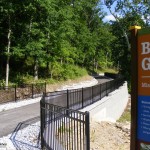